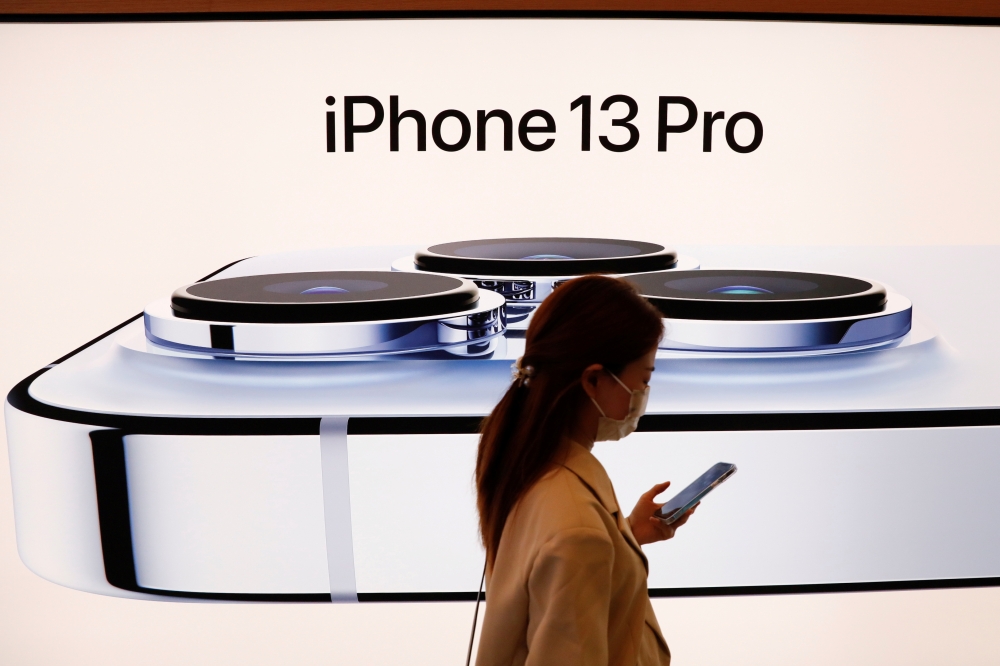 Apple Inc is eating into its rivals’ smartphone market share as the iPhone maker navigates through a global chip crunch better than other mobile phone makers, according to data providers.

Higher iPhone shipments helped Apple gain at least 3% market share in global smartphones in the third quarter, even as overall shipments shrunk by about 6% due to the chip shortage, according to data from market research firms Counterpoint, IDC and Canalys.

Given how closely tech companies guard smartphone sales data, the shipment figures are the best indication of who customers prefer.

“We are expecting another massive quarter for Apple and our expectation is they’ll take a similar 20% shipment share in calendar year Q4,” Counterpoint analyst Tarun Pathak said.

Apple has weathered the supply crunch better than many other companies due to its massive purchasing power and long-term supply agreements with chip vendors even though iPhone 13 production hit a snag due to factory closures in Asia and high demand in the second half of the year.

“Shortages are worst at the low-end, so Apple is less exposed than many of its competitors because it skews heavily toward premium,” Ben Stanton, analyst at Canalys, told Reuters.

The shipments of pricier phones drove revenue to a record $100 billion in the third quarter, according to Counterpoint.

The Cupertino, California-based company’s supply prowess was displayed in China where it posted a staggering 83% annual sales growth last quarter, remaining one of top choices for big spenders in the world’s second-largest economy.

Apple increased shipments in the third quarter, while market leader Samsung Electronics and rival Xiaomi Corp saw a drop as customers were lured by the price cuts to the iPhone 12 series and the faster processor and bigger camera in the latest iPhone 13 devices. TFSBS

Photo by Chris Welch / The Verge The dust has settled from the NFL conference championships, and it’s time once again to get ready for the Super Bowl — also known as the “big game” if you’re an American or an advertiser legally barred from using the trademarked term. Whether you’re into the actual game…

Photo by Yichuan Cao/NurPhoto via Getty Images An early-alert system designed to give people crucial seconds of warning before earthquakes lived up to its promise on Monday. It buzzed through a half a million phones ahead of a 6.2 magnitude earthquake that hit northwest California — the largest quake since the system, called ShakeAlert, rolled…

Leica is no stranger to re-badged gadgets. | Image: Leica Leica’s at it again. As spotted by PetaPixel, the company has announced the new Leitz Phone 2, updating the Leitz Phone 1 with a Snapdragon 8 Gen 1 processor and a higher-resolution Type 1 camera sensor. The Phone 2 will only be sold in Japan…

Madrid, October 21 (QNA) – Barcelona secured a 3-0 home LaLiga win over Villarreal on Thursday. Robert Lewandowski scored a brace in minutes 31 and 34 and Ansu Fati scored Barca’s third in the 38th minute, helping Barca to bounce back from their Clasico loss to Real Madrid. Xavi Hernandez’s side remained second in the…