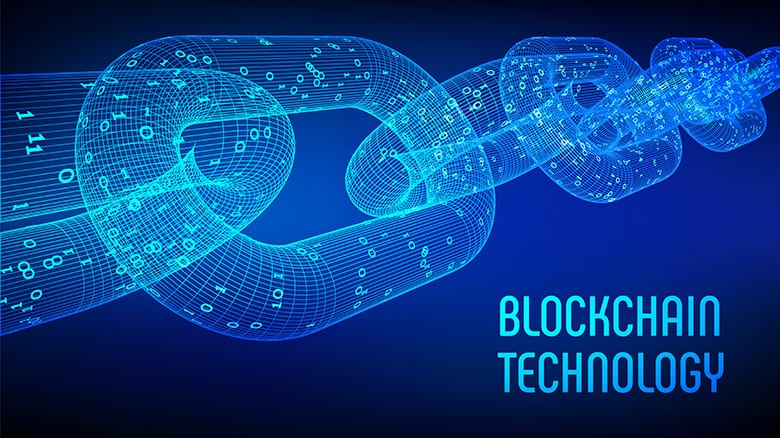 Blockchain defined: Blockchain is a shared, immutable ledger that facilitates the process of recording transactions and tracking assets in a business network. An asset can be tangible (a house, car, cash, land) or intangible (intellectual property, patents, copyrights, branding). Virtually anything of value can be tracked and traded on a blockchain network, reducing risk and cutting costs for all involved.

Why blockchain is important: Business runs on information. The faster it’s received and the more accurate it is, the better. Blockchain is ideal for delivering that information because it provides immediate, shared and completely transparent information stored on an immutable ledger that can be accessed only by permissioned network members. A blockchain network can track orders, payments, accounts, production and much more. And because members share a single view of the truth, you can see all details of a transaction end to end, giving you greater confidence, as well as new efficiencies and opportunities.

Key elements of a blockchain

All network participants have access to the distributed ledger and its immutable record of transactions. With this shared ledger, transactions are recorded only once, eliminating the duplication of effort that’s typical of traditional business networks.

No participant can change or tamper with a transaction after it’s been recorded to the shared ledger. If a transaction record includes an error, a new transaction must be added to reverse the error, and both transactions are then visible.

To speed transactions, a set of rules — called a smart contract — is stored on the blockchain and executed automatically. A smart contract can define conditions for corporate bond transfers, include terms for travel insurance to be paid and much more.

As each transaction occurs, it is recorded as a “block” of data

Those transactions show the movement of an asset that can be tangible (a product) or intangible (intellectual). The data block can record the information of your choice: who, what, when, where, how much and even the condition — such as the temperature of a food shipment.

Each block is connected to the ones before and after it

These blocks form a chain of data as an asset moves from place to place or ownership changes hands. The blocks confirm the exact time and sequence of transactions, and the blocks link securely together to prevent any block from being altered or a block being inserted between two existing blocks.

Transactions are blocked together in an irreversible chain: a blockchain

Each additional block strengthens the verification of the previous block and hence the entire blockchain. This renders the blockchain tamper-evident, delivering the key strength of immutability. This removes the possibility of tampering by a malicious actor — and builds a ledger of transactions you and other network members can trust.

What needs to change: Operations often waste effort on duplicate record keeping and third-party validations. Record-keeping systems can be vulnerable to fraud and cyberattacks. Limited transparency can slow data verification. And with the arrival of IoT, transaction volumes have exploded. All of this slows business, drains the bottom line — and means we need a better way. Enter blockchain.

With blockchain, as a member of a members-only network, you can rest assured that you are receiving accurate and timely data, and that your confidential blockchain records will be shared only with network members to whom you have specifically granted access.

Consensus on data accuracy is required from all network members, and all validated transactions are immutable because they are recorded permanently. No one, not even a system administrator, can delete a transaction.

With a distributed ledger that is shared among members of a network, time-wasting record reconciliations are eliminated. And to speed transactions, a set of rules — called a smart contract — can be stored on the blockchain and executed automatically.

1What is blockchain?Step inside the basics of blockchain technology: how blocks contain data representing anything of value, how they’re chronologically connected in an immutable chain, and the differences between blockchain and cryptocurrencies such as Bitcoin.1:24 2Blockchain expandedLearn how the decentralized nature of blockchain sets it apart from traditional record-keeping, the value of a permissioned blockchain for business transactions, and how blockchain promotes new levels of trust and transparency.1:29 3A traceable supply chainThe food industry is just one of many being transformed through blockchain technology. Learn how it can trace when, where and how food has been grown, picked, shipped and processed — all while protecting network-participant data.1:34 4Blockchain builds trustBlockchain creates trust because it represents a shared record of the truth. Data that everyone can believe in will help power other new technologies that dramatically increase efficiency, transparency and confidence.0:58

There are several ways to build a blockchain network. They can be public, private, permissioned or built by a consortium.

A public blockchain is one that anyone can join and participate in, such as Bitcoin. Drawbacks might include substantial computational power required, little or no privacy for transactions, and weak security. These are important considerations for enterprise use cases of blockchain.

A private blockchain network, similar to a public blockchain network, is a decentralized peer-to-peer network. However, one organization governs the network, controlling who is allowed to participate, execute a consensus protocol and maintain the shared ledger. Depending on the use case, this can significantly boost trust and confidence between participants. A private blockchain can be run behind a corporate firewall and even be hosted on premises.

Multiple organizations can share the responsibilities of maintaining a blockchain. These pre-selected organizations determine who may submit transactions or access the data. A consortium blockchain is ideal for business when all participants need to be permissioned and have a shared responsibility for the blockchain.

When building an enterprise blockchain application, it’s important to have a comprehensive security strategy that uses cybersecurity frameworks, assurance services and best practices to reduce risks against attacks and fraud.Learn more about blockchain security

What’s the difference between blockchain and Bitcoin?

This video illustrates the distinction between the two.

Why do I need to know about Blockchain?

There are three reasons why you need to know about Blockchain:

Illustration by Alex Castro / The Verge Amazon may have just revealed the July dates for its Prime Day shopping bonanza, but the company is already prepping a second shopping event for Amazon Prime subscribers for later this year, Business Insider and CNBC report. Information sent to sellers that has been seen by the publications…

Photo by: Lindsey Nicholson / UCG / Universal Images Group via Getty Images Lyft is partnering with Redwood Materials, a battery recycling company founded by a former Tesla executive, to ensure its fleet of shared e-bikes and scooters have a second life. It’s a noteworthy deal considering Lyft’s status as the largest electric bike-share operator…

Illustration: The Verge Come check out Google’s latest phone — and its first smartwatch We already know an awful lot about what Google is set to announce today at its now-annual fall launch event. Google teased the Pixel 7, Pixel 7 Pro, and Pixel Watch at Google I/O in June, and internet sleuths have spent…

Chris Evans as Lloyd Hansen. | Netflix In both the Mark Greaney book, The Gray Man, and Netflix’s forthcoming movie adaptation by the Russo Brothers, one of the CIA’s most highly-trained and valuable agents becomes its number one target after he unearths a dark truth about the agency. The Gray Man’s first trailer introduces you…

The second-gen Sonos Beam and other Sonos speakers are on sale at Best Buy. | Photo by Chris Welch / The Verge Best Buy is rolling out its Black Friday sales on Sonos soundbars in addition to its existing Black Friday sales. From now through November 28th, you can find a number of excellent Sonos…