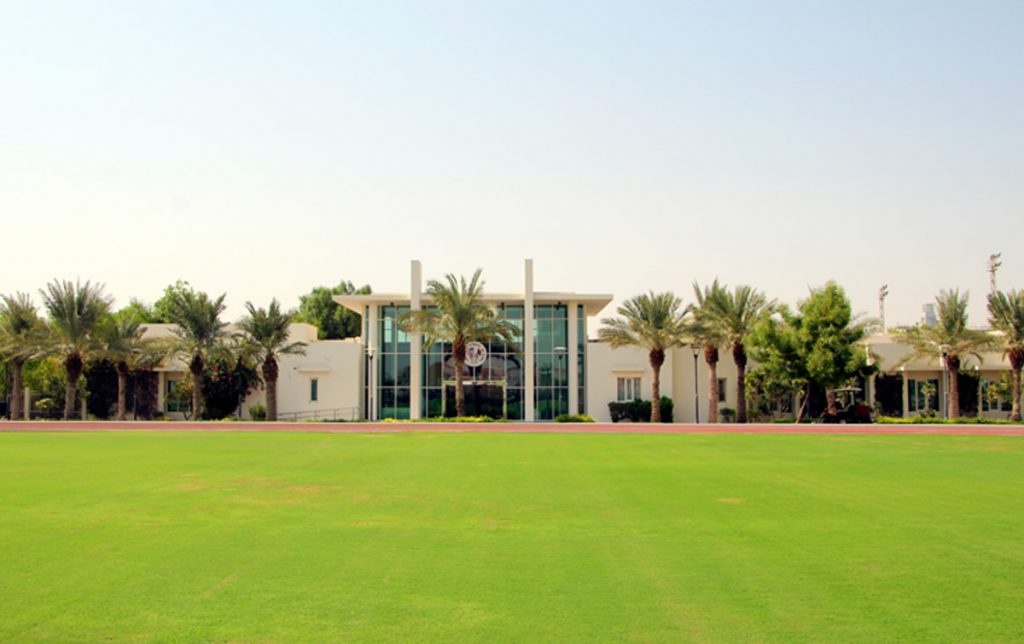 Its thriving economy and wealthy population is largely due to the petroleum, and natural gas industry, accounting for more than 70% of total government revenue and roughly 85% of export revenue.

Education in Qatar is enviably the recipient of the wealthy nation’s success in generating oil revenue.

The first primary schools for boys opened in 1952 followed shortly in the mid-1950s with girls’ schools.

The generous welfare provisions of the government accelerated the education sector, and by the 1980s, there were countless programs beyond academic classes.

The education system in Qatar is vastly diverse, with over 300 schools offering a combination of international curriculums.

All private schools must meet the requirements of the Qatar National School Accreditation but are free to develop their own curriculum. While some teach in Arabic, the language used in instruction at international schools can vary according to their affiliations.

In addition, a few prestigious universities worldwide have distance learning, satellite campuses in the country in Education City and around the capital, Doha.

Qatar’s Education City started as a single school, Virginia Commonwealth University that soon transformed into a 12 square kilometer campus in Al Rayyan hosting many international tertiary institutes such as Carnegie Mellon and Georgetown.

Without further ado, here are the top 20 schools in Qatar, in no particular order.

The American School of Doha (ASD) was founded in 1988 by the US embassy and prominent members of the Qatari community to meet the increasing needs of students in Doha.

ASD is regarded as one of the world’s leading non-profit international schools, with approximately 2,200 students from more than 80 countries.

The School received the Eco-Schools Green Flag in 2012 for its accomplishment in promoting sustainability on campus.

ACS Doha was founded in 1967, it is part of the ACS International Schools Group.

ACS Doha has three premium sister schools in Greater London. Currently, it has 2,200 students with more than 70 nationalities represented.

The Arab International Academy was founded in Doha, Qatar, in 2016.

The IB Programs aim to develop the whole person in terms of cognitive, social, emotional, and physical development. AIA’s averages in all subjects are higher than the global averages, with a 100% passing rate.

The school became the second in the world to bear the name of Michael Ellis Debakey (Michel Dabaghi), an American surgeon, scientist, and medical educator.

It is an award-winning high school that provides students with a college-preparatory curriculum in science, math, and medicine.

In 2009, the school received US accreditation along with Qatar accreditation. The school has a 100% graduation and acceptance rate to top universities and colleges in the US, England, Qatar, and Canada.

Park House English School was founded in Doha in 1994 and was acquired by the International Schools Partnership in 2015. It’s one of the oldest and most respected schools in Qatar.

SEK International School Qatar was founded in 2013 and currently has students of more than 50 nationalities.

The school has been rewarded as a Microsoft Showcase School for the academic year 2021-2022. The award was given to SEK international school Qatar for the fourth time in a row.

Belgravia High School was founded in 2012, it provides teaching in British curriculum AS, A2, and IGCSE subjects (Pearson/Edexcel and Cambridge International accredited).

Belgravia High School is a British school in Doha that offers a new concept to education.

It differs from the current trend of schools in Qatar, many of which have large enrollments and class sizes that are nearly double those of Belgravia.

Belgravia high school has small teaching groups with a maximum of 16 students per classroom.

Compass is also the first school in Qatar with a French – English program to be awarded the LabelFrancÉducation accreditation for its French Bilingual Programme.

GEMS American Academy Qatar (GAAQ) is part of the GEMS Education family, a network of international schools that has 44 schools in UAE and Qatar.

It is the third school in Qatar to receive the International Eco-Schools Green Flag Award.

It has some of the highest university acceptance rates of any international school in the last four years.

The students have been accepted to 1050 universities in 53 different countries including 66 of the world’s top 100 universities.

Nord Anglia International School Al Khor was founded in 2012 and is part of Nord Anglia Education.

It is the only school in Al Khor providing partnerships with The Juilliard School, Massachusetts Institute of Technology (MIT), and UNICEF.

NAISK currently has students of more than 40 nationalities.

Doha College was founded in 1980 to meet the demand for a British-style education.

It was the first school in Qatar to receive an Eco-schools green flag from the Foundation for Environmental Education in 2016.

Doha College won the international impact award at the 2017 British International School of the Year Awards.

It was the first school in Qatar to be accredited under the new Patron’s Accreditation and Compliance offered by the Council of British International School (COBIS) as an alternative to the British School Overseas (BSO accreditation.

The first Indian schools to be awarded “Qatar National School Accreditation (QNSA)” for a five-year period ensures that the system and processes are well-established.

The school is affiliated with the Central Board of Secondary Education (CBSE), New Delhi, to prepare students for the All India Senior School Certificate Examinations (Grade XII).

The school was founded in 2008 and currently, it has more than 1100 students from 70 different countries including America, Argentina, Belgium, Brazil, China, Finland, France, Greek, Irish, Italian, Lebanese, Norway, Saudi Arabia, and Singapore.

In 2020, the students won first place at THIMUN Qatar 2020 for their Solar Panel Project.

In the 2018-2019 academic year the students applied to over 77 universities across the world, and many of them were accepted to some of the most highly ranked institutions.

Doha English Speaking School (DESS), one of Qatar’s oldest non-profit primary schools, has provided children an education based on the British Curriculum.

DEES Year 6 Standard Assessment Tests (SATs) rank in the top 2% of both state and independent schools in the UK.

In 2017, DESS was awarded the highest grading of ‘Outstanding’; this grading allows DESS to be favorably compared with the other UK and overseas independent schools.

In 2017, DESS was also named ‘Organisation of the Year’ by the Qatar British Business Forum.

The Middle East Educational Services, Qatar owns and operates the M.E.S. Indian School of Doha, which was founded in 1974.

The School, which is accredited by the Ministry of Education of the State of Qatar and affiliated with the Central Board of Secondary Education in Delhi, is one of the Gulf’s premier educational institutions.

Dukhan English School is one of Qatar’s oldest English-medium schools. Its origins can be traced back to the early 1950s, when British Petroleum, the owners of the Dukhan Field at the time, established a school in the building that would later become the Dukhan Water Sports clubhouse.

Throughout the academic year, DES students attend conferences in and around Qatar. The goal of each conference is to find solutions to the world’s various problems through discussion, negotiation, and debate. The delegates can express themselves in a professional, sensitive, and critical manner

Doha, October 30 (QNA) – Qatar FinTech Hub (QFTH), founded by Qatar Development Bank (QDB) under the direction of Qatar Central Bank (QCB) to support the growth of the FinTech sector in Qatar, hosted the 4th Demo Day of its flagship Incubator and Accelerator Programs. The QFTH Demo Day has evolved over the last couple…

A study by StrategicCFO360 and Vic.ai finds finance leaders want to increase efficiency and gain valuable insights by accelerating automation. The post CFOs are feeling mounting pressure to automate the finance function appeared first on TechRepublic.

Illustration by Alex Castro / The Verge In an email early Wednesday morning, billionaire Twitter owner Elon Musk gave the remaining employees at the company an ultimatum. They can stay and sign on to a “hardcore” culture of “long hours at high intensity” or leave. Employees have until 5PM ET today to fill out an…

Things start out rather quaint and cozy in the latest trailer for Men — directed by Alex Garland, best known for his work on Annihilation and Ex Machina — but that feeling doesn’t last long. It starts with an uncomfortable joke and then gets progressively more unsettling from there, before eventually descending into full-blown psychological…

Illustration by Alex Castro / The Verge Since its inception, Facebook’s user growth has essentially been up and to the right. But on Wednesday, it reported its first-ever quarterly decline of daily users globally, along with lower-than-expected ad growth that sent its stock plunging roughly 20 percent. The massive stock drop, which instantly wiped out…