A prominent agency that manages accounts for OnlyFans creators has been accused of having its employees catfish fans by reading and replying to messages meant for creators. According to a report by Insider, fans who thought they were talking to models managed by Unruly Agency would confess fetishes, fantasies, and other private matters, but the person on the other end may have actually been an employee of the agency, not the intended recipient — one person who worked as an account manager said they were “basically a professional scammer.”

According to the report, Unruly Agency handles accounts for several popular OnlyFans’ influencers. But, according to employees, in addition to helping them schedule photo shoots and manage posts, they also help models deal with the deluge of fans who want to talk to them (and who are often willing to pay for that privilege). This, Insider says, leads to Unruly’s employees ghostwriting for models.

Sometimes they’re seeing and responding to incredibly intimate messages — fans, who think they’re talking to someone who they’ve possibly seen naked, will talk about what turns them on or their failing marriages. Putting aside the very real questions about parasocial relationships on the platform that this kind of behavior brings up, fans send those messages believing that someone they think they know will read it and possibly respond.

According to Insider, this type of deception is a grey area when it comes to OnlyFans’ terms of service — one lawyer said it was probably fine, another said it could depend on how a creator pitched their chat services.

Unruly is also facing allegations that it mistreated its employees, as well as the creators it managed. Multiple creators have alleged that the company or other affiliated agencies inappropriately posted nude content of them — sometimes outside of their terms (posting it to their public feed, rather than to a more exclusive feed), and sometimes without their permission or knowledge that the nude photos even existed. One lawsuit brought by former employees accuses the company of wage theft and retaliatory firing (it also reiterates the claims that managers were told to lie about actually being the influencers fans thought they were talking to). You can read the lawsuit here (PDF).

One creator told Buzzfeed News that, when she raised concerns about terms in the contract she was signing, people from the company said the terms wouldn’t be enforced and that they were just in there because it was “what our lawyer makes us do.” When telling her story about trying to leave Behave Agency (which The Daily Beast describes as “Unruly’s spinoff for smaller influencers”) and being hit with a $300,000 fee, she said, “They have such a big company, I just would have never imagined that they’d be so desperate to trap anybody.” That creator also said that Behave changed the banking details on her OnlyFans account, making so that the money went to the company instead of to her directly.

Unfortunately, there’s precedent for many of the elements of this story. The adult entertainment industry has a reputation for exploiting and abusing workers, and there’s a long history of online content creators feeling as if they’ve been treated unfairly by management platforms. We’ve also seen accusations of corporate catfishing before — lawsuits and analysis of hacked data from extramarital dating website Ashley Madison (whose slogan was “Life is short. Have an affair”) indicated that the company created fake profiles that would send messages to men.

Image: Hello Games Sci-fi adventure No Man’s Sky makes its debut on the Nintendo Switch today, and alongside that launch comes the next major update, bringing the game up to version 4.0. Dubbed “Waypoint,” it’s the 21st free update for the game (it’s available across all platforms, not just the Switch), and it includes a…

The financial services industry was quick to adopt data analytics and AI, even in its early stages. One big and exciting frontier for AI and analytics in this industry is the ability to combine both structured and unstructured data to continuously gain new insights, accelerating data to value. With the power of data analytics and…

Photo by Amelia Holowaty Krales / The Verge Around the same time Meta hiked up the price on its Quest 2 headsets, it also announced that it’s ending Quest 1 support for Population One, a popular battle-royale shooter set in virtual reality. BigBox VR, the Meta-owned developer behind the game, shared the update in a… 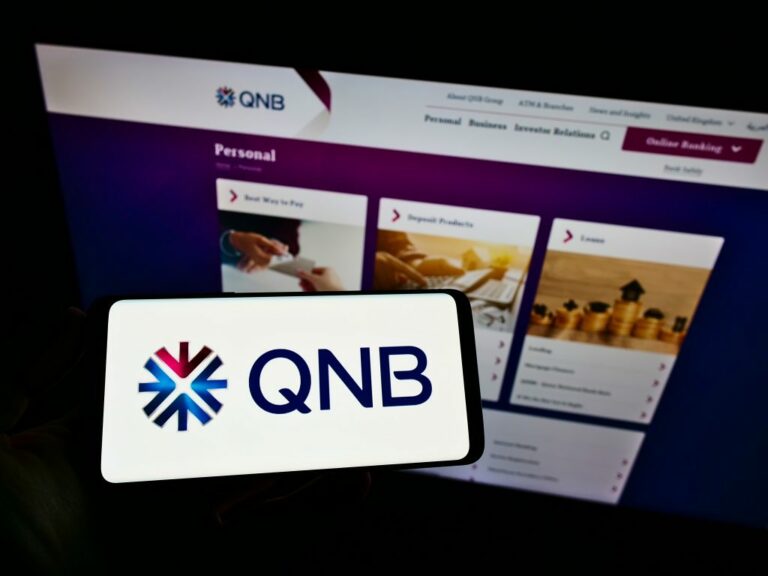 In comparison to other nations, the banking system in Qatar is relatively modest in terms of market volume, although it is rapidly expanding. The Qatar Central Bank governs Qatar’s financial system. International credit agencies and the Qatar Stock Exchange have recently voiced their confidence in the bank’s financial health, citing its high liquidity and stable…