If you’ve ever thought, “This 4K HDR OLED TV is great, but I sure wish it tasted better when I licked it,” we may be getting closer to a world where that’s the case — a professor has created a device he calls “Taste the TV,” according to Reuters, and it does exactly what the name implies. Homei Miyashita says he hopes his “TTTV” will let people experience things like far-away world-class restaurants without leaving their own home, which has become an increasingly understandable desire in the past two years of the pandemic.

According to a demonstration video, which you can see below, researchers blended up various foods and used sensors to “taste” them. Then, chemicals are sprayed onto a rolling plastic sheet (or a disposable tray for those who don’t feel comfortable licking a plastic-covered screen) in combinations that recreate the flavor. The sheet is then rolled out over the display so you can lick those sweet chemicals and rolled away once you’re done for easy disposal.

Hopefully, you enjoy the screen with your real tongue, though, rather than a demonstration one like they use in the video.

The video shows off all sorts of practical ideas for how TTTV could be used — as a menu that gives you an idea of what the food will taste like, a way to train wine testers, or a device that lets you add flavoring to crackers. But personally, I want to use it to taste things from movies or all those food TV shows I watch. Would it be a gimmick like 3D movies at home or curved TVs? Almost certainly, but come on, who among us hasn’t wished we could lick our screens while watching internet cooking videos?

Miyashita thinks he could make a commercial version of the Taste the TV for $875, according to Reuters. Even if that price had a hefty markup, it’s still quite a bit less than I’d expect — though there’s always room for a printer ink-style business model where the real cost is in the flavor cartridges. But I’m willing to pay any price for the ultimate Great British Bake Off-watching experience.

Okay, I know watching a show or movie on the version of the device shown in the video probably wouldn’t be ideal, given that it’s more like a kiosk than a television. And yeah, trying to watch something while being close enough to the screen to lick it would be a literal pain in the neck. But why should we let “practical considerations” get in the way of being able to taste what Remy Ratatouille’s talking about when he describes how well cheese and strawberries go together? (Yes, I’m aware you can just buy these foods, but the TTTV would ensure I was tasting the right type of cheese and strawberry — wouldn’t want to throw off the experience by accidentally trying it with cheddar instead of gouda.)

Perhaps Miyashita’s idea of an actual, lickable screen is more suited to information systems than entertainment. But it’s easy to imagine that you could someday disconnect the taste system from the TV and just have a little flavor dispenser that sprays the delicious, delicious chemicals onto a tray at appropriate moments during a show. Or maybe even someday, movie theaters could install mini versions of them to flavor your popcorn in ways that pair well with the scene — who wouldn’t want to eat spice and sand flavored snacks while watching Dune part two?

Illustration by Alex Castro / The Verge Nvidia’s upcoming RTX 2050 laptop GPUs don’t sound “new” at all, considering that the company already released the RTX 3050 and 3050 Ti GPUs for laptops earlier this year (via VideoCardz). But it’s clear that Nvidia isn’t ready to retire its 20 series GPUs just yet — Nvidia…

Receive lifetime access to Microsoft Office alongside courses to help you with each program. The post Get Microsoft Office for Mac and six courses for just $80 appeared first on TechRepublic.

This little-known trick is an easy way to repeat the same content throughout a Word document. The post How to use a custom document property to repeat content in Microsoft Word appeared first on TechRepublic.

This is the demonstration file to accompany the article, How to add a flashing star to a PowerPoint slide, by Susan Harkins. From the intro of this Microsoft PowerPoint article: You’ve probably seen the gum commercial in which teeth are so shiny that they flash stars when the person smiles. It’s a fun effect, and… 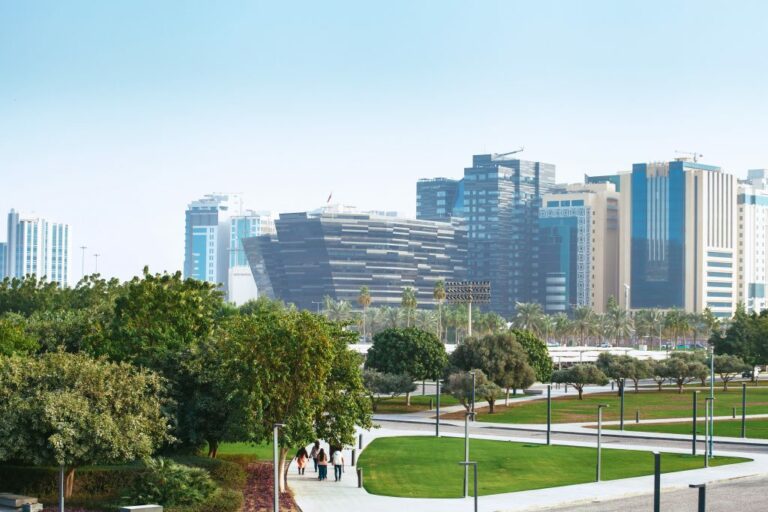 Qatar has several beautiful green parks despite the Gulf state’s sweltering temperature. These open areas include jogging pathways for individuals trying to be active and attractive elements and playgrounds for children. Relax with a shot of espresso at a parkside café if you prefer a more relaxing pastime. We’ve hand-picked some of Qatar’s most entertaining…