An Asus Z690 Hero motherboard with burnt up MOSFETs. | Image by Actually Hardcore Overclocking via YouTube

A YouTuber who goes by the name of Buildzoid on the Actually Hardware Overlocking channel has figured out that a backward capacitor on the Asus ROG Maximus Z690 Hero motherboard is causing it to melt down, according to a report by Tom’s Hardware. Asus has since acknowledged the issue in a post on its site and plans on issuing replacements to customers with affected motherboards.

Problems with the Z690 Hero motherboard started turning up on the Asus support forum, as well as on Reddit, and the issues experienced by users are pretty much identical. As noted by Tom’s Hardware, users reported that their motherboards started smoking in the same spot: the two MOSFETs (metal-oxide-semiconductor field-effect transistor) next to the DIMM slots and the Q-code reader.

In a video on his channel, Buildzoid diagnoses the issue using only the pictures posted to support forums and on Reddit, attributing the Z690 Hero’s failure to the backward capacitor installed next to the MOSFETs, not the MOSFETs themselves. Buildzoid looks closely at the images of the motherboard, pointing out that the text on the capacitor is actually upside down, a potential sign that it’s installed incorrectly. As Tom’s Hardware mentions, a reversed capacitor results in reversed polarity, causing the MOSFETs to malfunction and burn up.

“We have preliminarily identified a potential reversed memory capacitor issue”

After news about the issue started gaining traction, Asus confirmed that Buildzoid’s diagnosis is, in fact, correct. “In our ongoing investigation, we have preliminarily identified a potential reversed memory capacitor issue in the production process from one of the production lines that may cause debug error code 53, no post, or motherboard components damage,” Asus announced. “The issue potentially affects units manufactured in 2021 with the part number 90MB18E0-MVAAY0 and serial number starting with MA, MB, or MC.”

The company says you can find your Z690 Hero’s serial number and part number on the side of your motherboard’s packaging, as well as on the sticker that’s placed on the top or bottom of the motherboard itself. In a separate post on Asus’ Facebook page, the company added a link to a tool that checks whether your Z690 Hero is affected by the issue based on its serial number.

“Going forward, we are continuing our thorough inspection with our suppliers and customers to identify all possible affected ROG Maximus Z690 Hero motherboards in the market and will be working with relevant government agencies on a replacement program,” Asus states.

Photo by Thomas Trutschel/Photothek via Getty Images Amazon is raising the price of its Prime subscription across Europe in September by up to 43 percent a year. In an email to customers overnight, Amazon revealed its annual Prime cost will jump 20 percent in the UK from £79 to £95 from September 15th. In France…

Doha, September 28 (QNA) – Texas A&M at Qatar, a Qatar Foundation partner university, in partnership with AIN Holdings, hosted the Forum for Industrial Repair and Maintenance (FIRM). Almost 100 participants, including representatives from government agencies and industries, attended the forum. This forum was a platform for the exchange of expertise and knowledge in the… 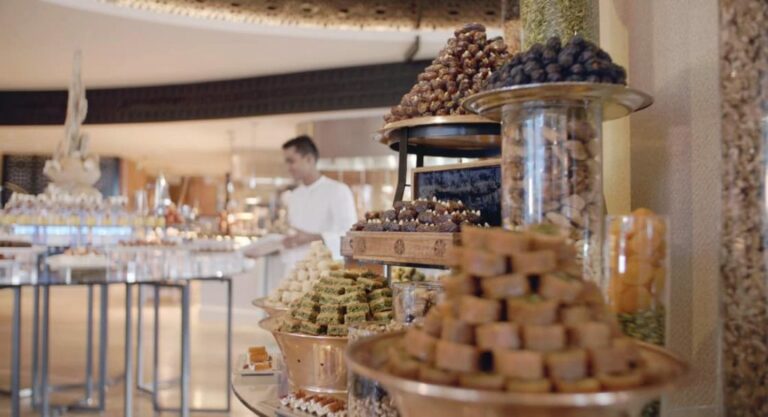 There are plenty of benefits to dining with a group, but one downside can be that it can become difficult to find the right restaurant. By bookmarking this article, you’ll have access to a list of group dining restaurants near you in Doha. You’ll be able to search for restaurants that offer different types of…

It’s BiBo Doha’s 3rd anniversary, enjoy an all-day celebration on Friday January 13th from 1PM onwards! Bibo is the vision of acclaimed Michelin Star chef Dani Garcia and brings together dishes inspired by Spain and his adventures around the world in a unique and beautiful restaurant. -Prepare for a birthday celebration you will NEVER FORGET!! Date:…