Last year, TCL announced an “XL” TV series that aimed to offer very big 85-inch displays for prices below what you’d pay for a similarly enormous set from, say, Samsung or LG. And in the first week of 2022, the XL lineup is going even larger. Today TCL is introducing a new 98-inch 4K QLED TV that’s available for purchase immediately. The 98R754 is a Google TV-based set that offers features like 4K gaming at 120Hz.

As for the price, TCL is only saying that the latest XL model “starts at under $8,000.” So, that probably translates to $7,999. Even at that asking price, TCL claims the 98-inch QLED is “accessible” and honors the company’s “commitment to deliver powerful picture performance and big-screen immersion at an accessible price point.”

Images of the TV shared by TCL show that it has four HDMI ports, with two of them supporting 4K at 120Hz (though one of that pair also handles eARC duty). But the company isn’t saying much about other tech specs, so we’ll need to wait for retail listings to get the full scoop. It’s also running Google TV, which should now be a smoother experience than when TCL’s first TVs with the software initially exhibited bugs and sluggish performance.

TCL is also sharing some of its plans for other TV models coming later this year: every TCL Roku TV and Google TV will be upgraded in 2022. As part of that, customers can expect an even faster variable refresh rate of up to 144Hz for PC gaming — up from the standard 120Hz. (Samsung’s new 2022 TVs are also making this upgrade.) And TCL says more sets will make the leap from 4K to 8K resolution.

In a bit of an unexpected move, TCL is also touting upcoming advancements in motion processing. It will be “partnering with Pixelworks and other entertainment leaders to define and deploy a new motion ecosystem — TrueCut Motion — to its high-performance TV models for the first time.”

If you’re unfamiliar with TrueCut Motion like I was, here’s TCL’s brief rundown:

A critical component to great visual experiences, TrueCut Motion is an end-to-end solution that includes a new content delivery format and device certification program to guarantee a consistent filmmaker-approved output.

Image: Samsung PCIe 5.0 SSDs have already started to get announced ahead of CES 2022, with Samsung and Adata teasing early hardware that supports the new standard. But it’s not just theoretical: Intel has released a new demo video showing off Samsung’s new PM1743 PCIe NVMe SSD in action (together with Intel’s Core i9-12900K CPU,…

Photo by Kevin Dietsch/Getty Images Elon Musk’s short-lived push to buy Twitter has made him a lot of enemies — but it’s delivering exactly what a certain set of Republican influencers want. Right-wing figures like Steve Bannon and Donald Trump Jr. have already hailed Musk’s decision to back out of the deal. For them, the… 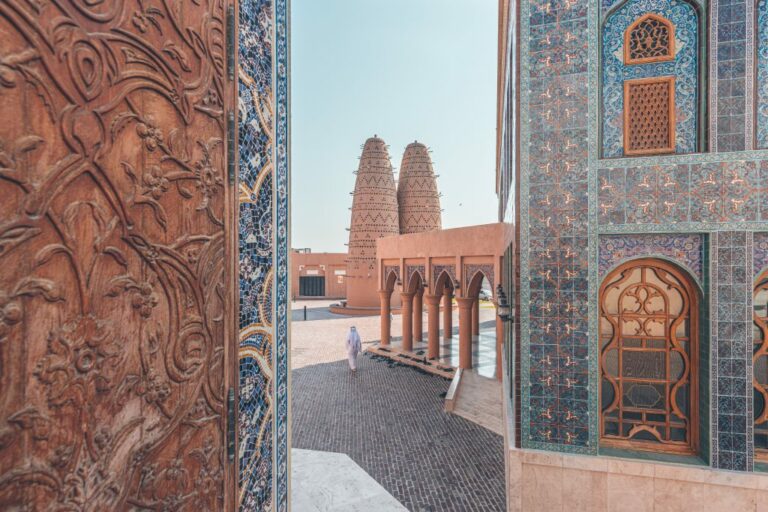 Qatar is experiencing a big surge of visitors as the tourism sector recovers. Another event to anticipate is the FIFA World Cup Qatar 2022, which will bring many visitors to our lovely country. There are great eating options and magnificent coastlines, classic souqs, and other attractions. It doesn’t stop there; many free activities will make…

Image: Google Google Play is getting a new logo today to celebrate its 10-year anniversary. Google has slightly tweaked the overall shape of its Google Play logo, but the most notable changes are the less vibrant colors that more closely match the green, yellow, blue, and red hues that Google uses for many of its…

Chef Jolly, one of the most interesting and charismatic chefs I have met is in Qatar! Surjan Singh, fondly known as Chef Jolly, is a celebrated Indian chef who has been a Chef Judge for Master Chef India, a TV Chef Anchor and most importantly he is behind one of my favourite Indian Restaurants in…